born in Lausanne in 1962, March 13th at midnight - spanish and academic parents - brilliant, prize-winning and anticipated schooling - at the university, begins the study of the mathematics, then gives up due to the lack of conviction, or of diversity - fine arts of Geneva from 1981 till 1985, diploma, prize - lives in Madrid with her partner between 1986 and 1990, they give birth to a girl in 1988 and he completes his formation in engraving - return in Switzerland for family and professional reasons - birth of the second girl in 1991 and first serious exhibition - begins to teach drawing having assumed the paternity (and studio) at home during five or six years - pursues its activity of painter, drawer and engraver ; experiments scenography for diverse companies, illustration for some newspaper, then typography and literature - practises the qigong, the taïchi and the yoga, so avoids a surgical operation further to a fracture of the left shoulder - begins in literature, after "A:D:O:Q : moulin à prières", artist's book at art&fiction, publishs his first novel in 2013 at the editions l'Âge d'Homme and a second one "le Dit des Égarés" in 2017 at the editions Hélice Hélas - and "Un Litre de Poésie de Chiottes", second artist's book. 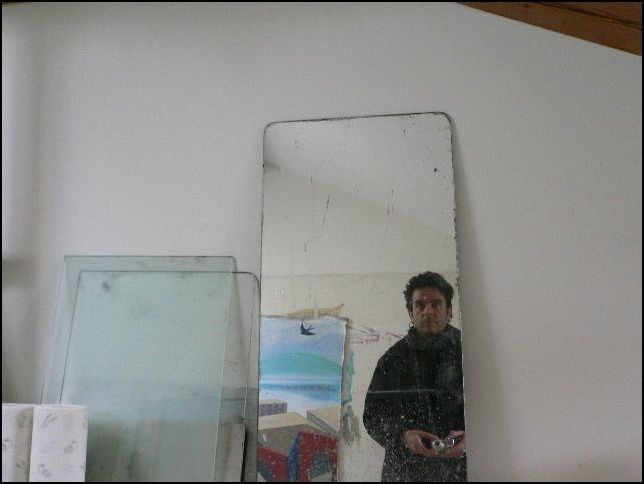